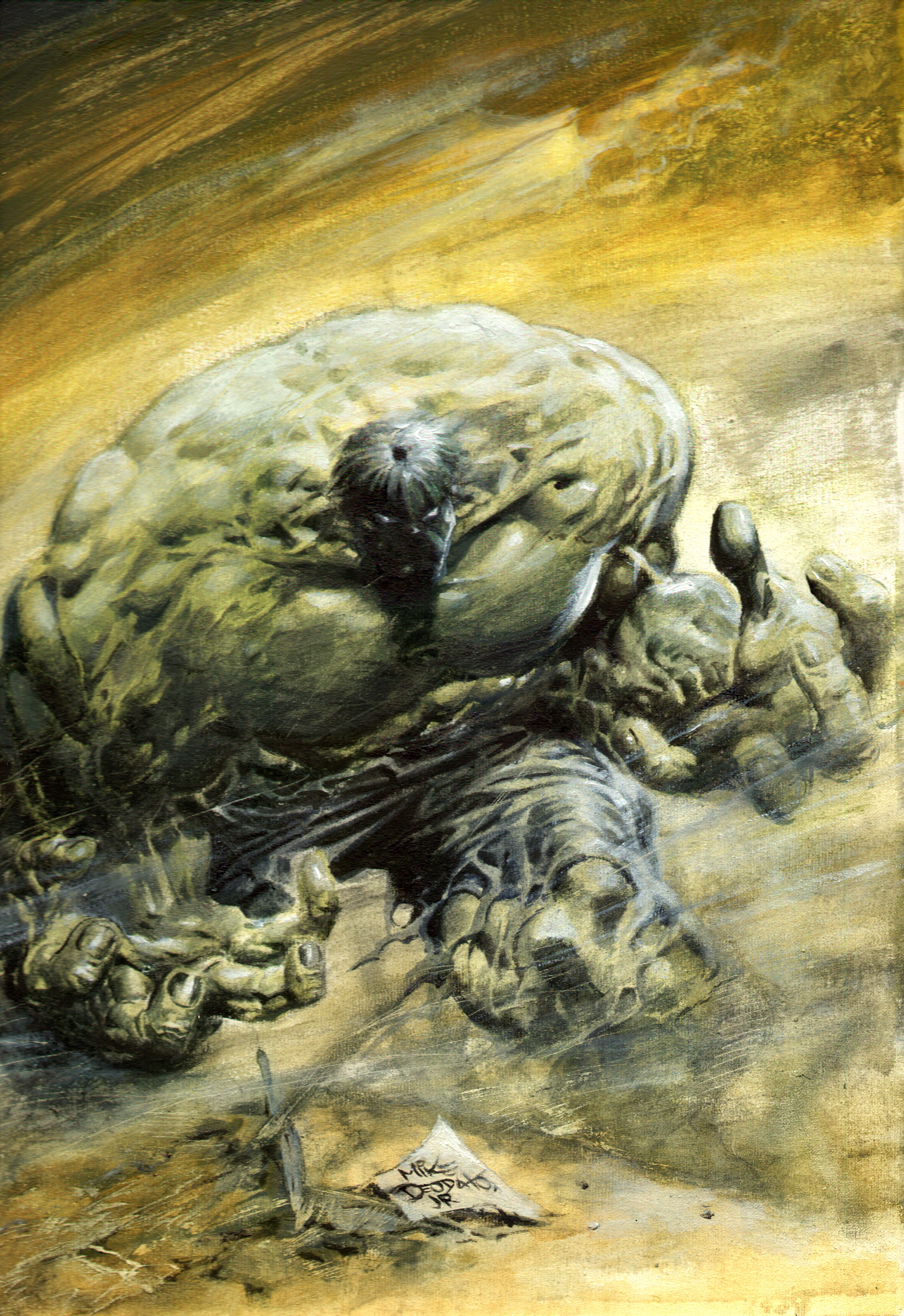 The Painting Art of Mike Deodato

Monsters are my thing. Love drawing them and the emerald giant is the most powerful and scary of them all. This piece was the second oil painting I ever did and I wanted to show the exact moment after the scientist was struck by the bomb. The monster he became coming out from the mist of radiation and dust. Not a hero to be admired, but to be feared instead.